For some time we have received requests from our partners regarding the lack of entertainment for kids in the LBE VR market.

We also discovered that for people who are new to VR and struggle with learning how to play, it’s quite a challenge for gamemasters to pick the best, most suitable experience.

The ARVI VR team has decided to create a game, which will not only meet the kids’ needs, but also their parents’, and be an awesome experience for newcomers to VR.

The result, our newest game to release - Smash Point!

Smash Point is a competitive cartoon arcade game for kids aged 8-16. It’s also fun for adults to play. The game is played in all against all mode, so the fun never ends because no one is exited from the game, just unable to participate for a short time. The player who scores the most points wins.

Each round is different because of the variety of maps. There are 6 colorful and beautifully designed, picturesque maps available: 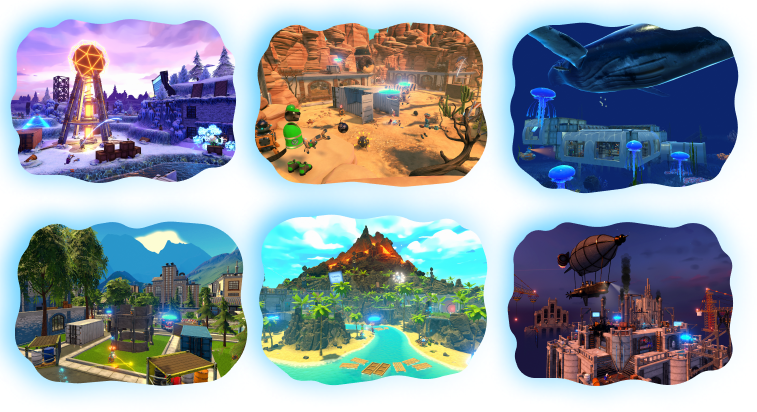 Smash Point is full of visual humor with surprising shooting mechanics and a wide range of different weapons. Each round is a unique experience! Different combinations of available weapons are selected automatically when switching rounds, drastically changing the gameplay!


The primary weapon is the heavy ball that stuns.

There are many additional weapons:

Smash your friends, get smashed, only in Smash Point from ARVI VR.